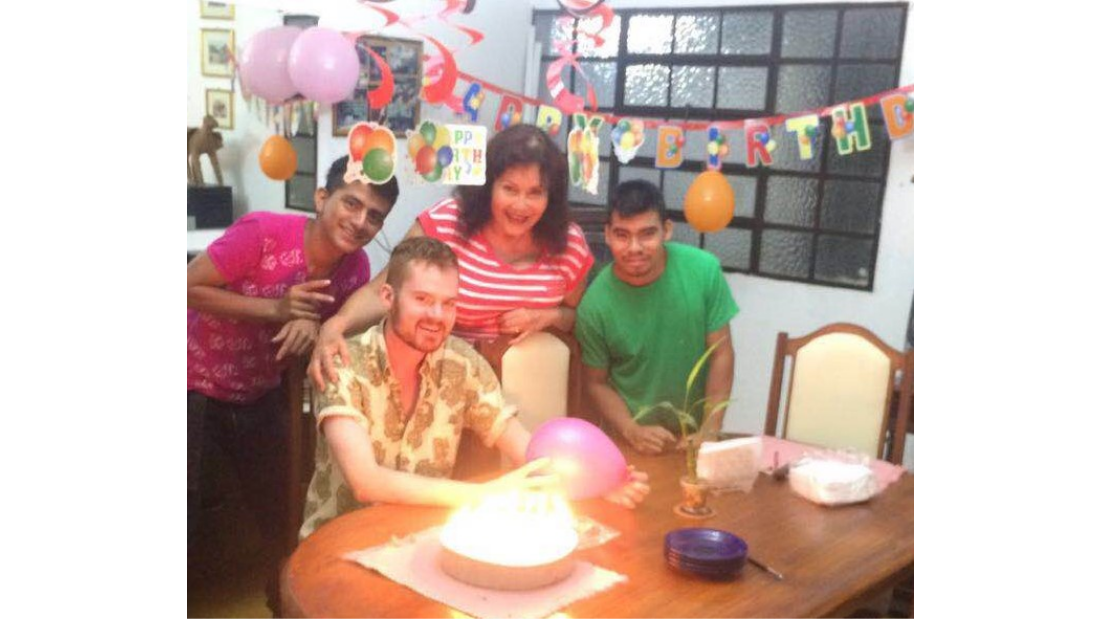 Kieran had been back-packing through South and Central America, and then immersing himself in the various cultures and volunteering in villages of the highlands of Guatemala. He is young and active, so when a medical condition needed fast attention, he called Guatemala Medical Travel to handle the preparation and then schedule a routine procedure in Guatemala City the following week.

The operation and recovery were a great success. The staff of Angie’s Place even threw a little birthday party to be sure he wasn’t alone on his special day. Kieran had excellent medical care, and after a few weeks to relax and take it easy, a successful recovery. Overall, his medical outcome and impression of Guatemala were nothing but positive.

A week later, he says, “I felt very confident in my surgeon’s qualifications and ability. I had no problems communicating with him in English and I found him to be straight to the point. The clinic was clean and the staff were professional. I had originally thought of having surgery in México but I am glad I chose Guatemala and Dr Mishaan, as the service from the whole team was prompt and very helpful. Lori and Jade were both brilliant and I would certainly recommend them to anyone.”

Call from the USA